← back to
Terrorhythm
Get fresh music recommendations delivered to your inbox every Friday. 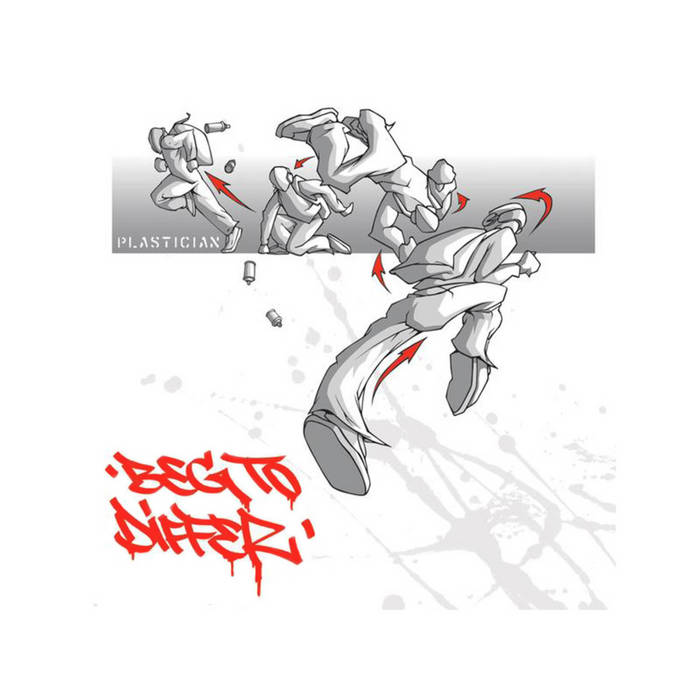 Grime has had issues tackling the album format. First, the transition from pirate radio or rave to studio often has a neutering effect on the genre's raw live energy. Second, many producers struggle to understand how to arrange grime productions so they're engaging without an MC to provide cover. Finally, caught between major label deals (or lack thereof) and mixtapes free from quality control, few grime artists are actually creating albums.

Plastician (neé Plasticman), as a producer, not MC, is therefore uniquely suited to both surmount these problems and reach a wider audience with his gloriously titled debut Beg to Differ. From the beginning, Plastician has been different. Attracted to the proto-grime sound, his first release came out on grime godfather Slimzee's Slimzos imprint at a time when Slim controlled grime. Yet Plastician was also heavily involved with dubstep's birthplace, club Forward>>. Shorn of MCs in this environment, he developed warping arrangements in order to remain both listenable and dancefloor-friendly. It ultimately also rendered his productions very album-friendly.

Short and sweet at under 45 minutes, the album spans multiple styles and flavors: It's one of the best grime albums to date. It contains several of the kind of dirty industrial, urban electro productions that bloggers initially dubbed "Croydon techno": "Badboy" is "Cha" with a new vocal hook. "Hocus Pocus" is similarly raw. "Shallow Grave 2006" is a version of a deep four-year old Plastician classic that still sounds fresh today, with its skippy dark garage flex. "Vio-lent" follows grime string obsession that Plastiq investigated with his crunky "Still Tipping" refix.

Plastician, who's built strong links with the grime scene, has long since taken an "I'm not dubstep" stance, despite having grown up in South London, attending music college, collaborating with Skream, and being a long time Forward>> resident. So it's great to hear how strong the dubstep tracks on the album are. "Walk in the Carpark" is a mournful Detroitesque meander. "I Can't Believe It's Not Benny" is an amusing reference to dubstep godfather Benny Ill. "Japan", built from Chinese samples, strays into Timbaland territory, if only Timbo knew about real sub bass.

The album's highlights however, are the two out-and-out vocal grime tracks. Each stars Skepta, who provides meaty hooks and solid gold bars. "Intensive Snare" is virtually a tribute to Forward>>, the club Skepta was, until recently, gloriously enamored with; on it, he lyrically breaks the track down into its constituent sonic parts and then throws them at you like weapons.

"Bassline in the nostril/ Some chestplate business/ More than grime/ Rock your headtop/ Bassline!/ Meridian!/ Forward>>!!"

They're barely bars, more a collection of punch-drunk ramblings from a brain demented by sound system pressure. As such they serve as a perfect lyrical metaphor for the experience of standing right in front of the speakers at Plastic People.

On "Real Things" Skepta reiterates his road status in catchy fashion: "Real niggaz and we do real things/ When it's beef everybody swings…" Quite clearly with MC mates like these, Plastician doesn't need to beg friends. He rolls deep.

Bandcamp Daily  your guide to the world of Bandcamp

Little Brother joins the show to discuss their beautiful journey, plus tunes from Fat Tony